Wow! My Nicaragua book is listed as a publication by a Norwegian anthropologist in 2011 by the corresponding Norwegian trade association. I thought the Norsk Antropologisk Forening had decided long ago that they wouldn’t touch me with a barge-pole because I’m too dirty/activist. Maybe I should actually sign up and pay member fees.

US and UK media seem a bit envious that suddenly Russian media gets to play in the same league as them in terms of global opinion shaping. They don’t seem to be able to agree on any points of content except that they don’t like what is going on. Take the following two excerpts for example:

END_OF_DOCUMENT_TOKEN_TO_BE_REPLACED

Danish oligarch Møller has died — and everybody from queen to leader of the social democrats feels the need to say what a great human being he was. Somehow I cannot remember anything similar happening when a labor union leader trying to organize Møller’s company was killed under mysterious circumstances in El Salvador a few years. Møller decided to sponsor a school to the Danish minority in Germany a few years ago. The school association then decided to give it the name of Møller’s father, "A.P. Møller", who had made the company big. Any criticism that Møller had made his fortune in part by selling weapons to the nazis and in more recent years by having an extra-ordinarily good deal on pumping up the Danish oil was swept under the carpet. Now that Møller Jr. is gone, can we maybe get to talk about changing the name of the school again? How much longer do the Danes of northern Germany want to be associated with nazi weapon production?

This is a campaign I started a little over a month ago. And yes, I happened to take the initiative, but the fact that the name wasn’t very well chosen was something many people had been thinking about before. Basically, it’s this Danish company t…

Swung by the Plaza de la Revolución tonight to listen to Daniel Ortega’s interpretation of the Cartagena meeting of American states: He is angry at Canada and USA for voting against Cuban participation in future summits. He believes the governments of those countries don’t really speak for their populations and challenges them to hold referendas to determine what the people really want. He also accused the governments of those countries of thinking they are privileged to determine who is democratic, while repressing the Occupy protests violently.

To me the writings of Günter Grass look like nothing special. It’s a rehash of things that were known already and opinions that most people in the world would agree with anyway. I don’t see the controversy. Why does this get so much attention just because it comes from a certain person? Are the thoughts of one person so much more important than those of everybody else, no matter how simple they are? Here is the poem translated.

It’s funny to think about that our student "riots" of fall 2010 have been made part of the Goldsmiths marketing strategy (selling buttons, etc.) while at the time they tried everything possible to stop us from organizing or occupying anything at the time. That winter I needed to get away in order to get the space and time to write my thesis. Conclusion: Choosing between defending the university while getting attacked for precisely that by it’s management, or be geographically far away in order to do what one set out to academically do there. The conflict still has not been resolved. There is still no future for us in British academia. And 1.5 years have gone by already. 🙁
http://hutnyk.wordpress.com/2012/04/06/education/

I have wondered about this a bit — in a world where a tiny part of the world can potentially produce the electronics for everybody and large parts of the world will never be industrialized (or even deindustrialize) — could it be set up for the underdeveloped parts of the world to develop right into a culture of (coffe drinkin, all-day) web users? Given a socialist, worldwide allocation of resources? Or is this not taking sufficiently into considerations the expectations and cultures of the world? Most certainly OLPC did not consider sufficiently having locals on the ground who could give tech support.

Finally my blog should show my posts again. If everything works out right, my blog https://johanneswilm.org should be connected with my FB account through the Friendica powered site http://polyglot.me . Hopefully this is the beginning of an exit strategy from the FB universe. 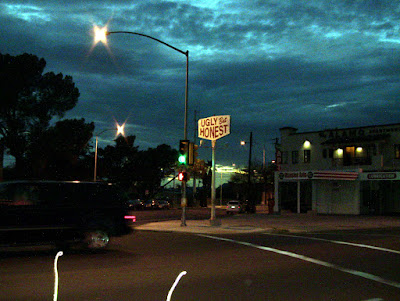